New developments continue to prove that Apple is working on flexible and foldable devices. Now the patent of the smart watch model, which uses both MicroLED display technology and a part of the cord, appears.

As can be seen from the images contained in the patent, this time Apple is not only limited to a square OLED display. The sides of the watch are close to the screen. Thus, several different usage scenarios can be raised. 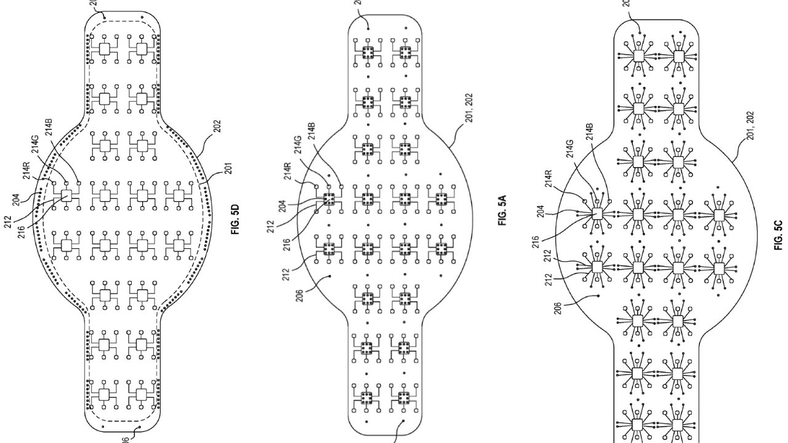 First of all, it is possible to switch to a much more visible screen area than a square screen area restricted to smart watches. However, it is not known whether this flexible display cord can be changed at this time.

If a changeable system is created, it can be a module that will add additional functions to the smart clock. Many different usage scenarios can also occur with watchOS.

Although Apple has often come up with MicroLED technology in 2019, it is unlikely that a model with this technology will emerge. This screen technology, which is both thinner and less energy efficient, can play a key role in Apple’s flexible display devices. Of course, it is not clear whether such a product will reach the end consumer. Most of the time, products with patented technologies do not reach users.

During this time, OLED display technology will continue to be used on both Apple Watch and iPhone models.