Apple introduced the iOS 13 operating system with the iPhone 11 family last month, adding a new one to the updates. Let’s take a look at what iOS 13.1.3 update brings to solve problems in the system.

The iOS 13 update, which was released last month for Apple users, brought along several issues as well as many innovations. Apple has released additional updates today, closing the vulnerabilities and offering performance improvements with additional updates. The version called iOS 13.1.3 is available on iPhones; iPadOS 13.1.3 seems to solve some problems on iPads.

Some Apple users have recently reported problems with the Mail application and Bluetooth connectivity. According to information from Apple, these problems have solved the new update. Further details of the update are available below. 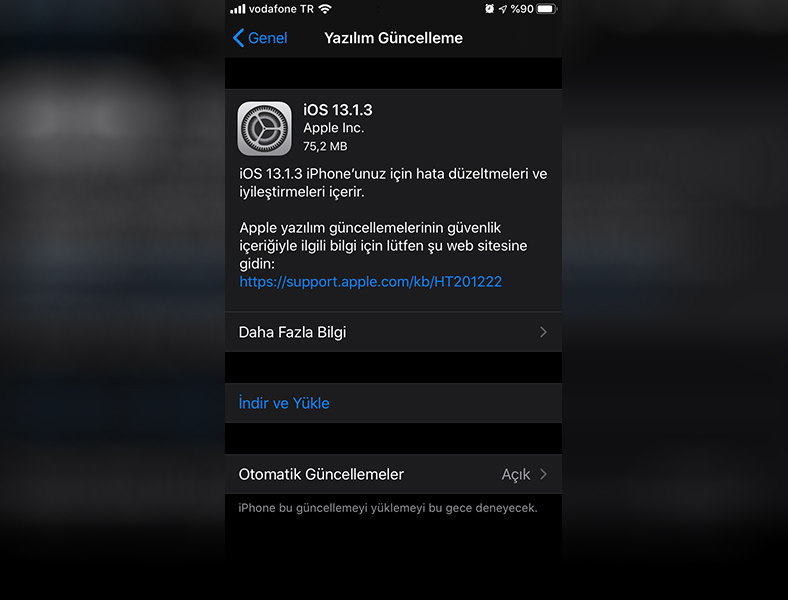 The update, which varies in size from model to model, has begun to reach users today. If you haven’t yet received notifications for the update that brings performance improvements along with bug fixes, you don’t have to rush. When you check the version by going to the Software Update screen from the Settings section, you will be able to install the update.

Apple’s beta processes in the software that tested these errors, some of the users disappointed the company’s quick interventions, users are satisfied. Together, we will see what the technology giant will bring in the next update.