AMD’s FidelityFX Super Resolution technology has started to be used in many games and even in different areas. NVIDIA, on the other hand, announced the Image Scaling feature, which is completely different from DLSS and is an answer. According to new reports, AMD has developed a new scaling solution that will appeal to more PC gamers and help users increase their frame rates: Radeon Super Resolution (RSR).

The new Radeon Super Resolution is essentially based on AMD’s FidelityFX Super Resolution (FSR) technology, but has undergone some modifications to make it applicable to all games running full screen. We also expect an official launch in January.

Newer game developers are more likely to implement FSR. RSR, on the other hand, can be used for games that are updated less frequently or for games that may never have FSR technology. 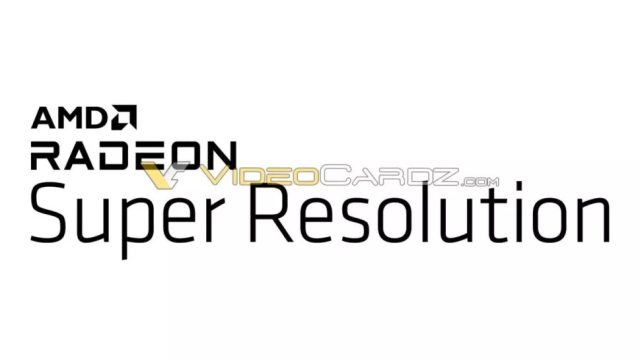 The source of the leak, VideoCardz, gave some information about the new AMD Radeon Super Resolution and even shared a logo. The leaks seem reliable, but it is still worth waiting for an official announcement from AMD. The presentation will likely take place in January and could even be part of the CES 2022 event. It will also be a good time for software technology, considering that the company will introduce affordable display cards such as the Radeon RX 6500 XT and RX 6400.

Let me remind you once again that AMD FSR is officially supported by AMD Polaris, Vega, RDNA 1 or RDNA 2 architecture cards, as well as NVIDIA Pascal and newer GPUs. AMD RSR is said to only support RDNA 1 or newer GPUs. However, these are just rumors for now and we should wait for the official announcement.