The relevant year of the transaction to 31 December, it is not known how the hacker, who guarantees that this process will “last”, carried out this process. However, nowadays, when public trust in the judicial system is falling, Forensic Informatics Expert and lawyer Levent Mazılıgüney “ So people with this ability are also involved in this illegal formation. It is a very dire situation. So what are the underlying reasons for turning to ‘stock market’ structures? It is an issue that I feel extremely sorry for as a lawyer. It is well known how much confidence in the judiciary has decreased. In this environment of insecurity, unfortunately, citizens do not think that their problems in the judiciary can be solved in the usual way and within a reasonable time. So much so that others who get positive results in the judiciary look differently and think that who is the man or with whom they are included in the ‘stock market’ organization. ”. 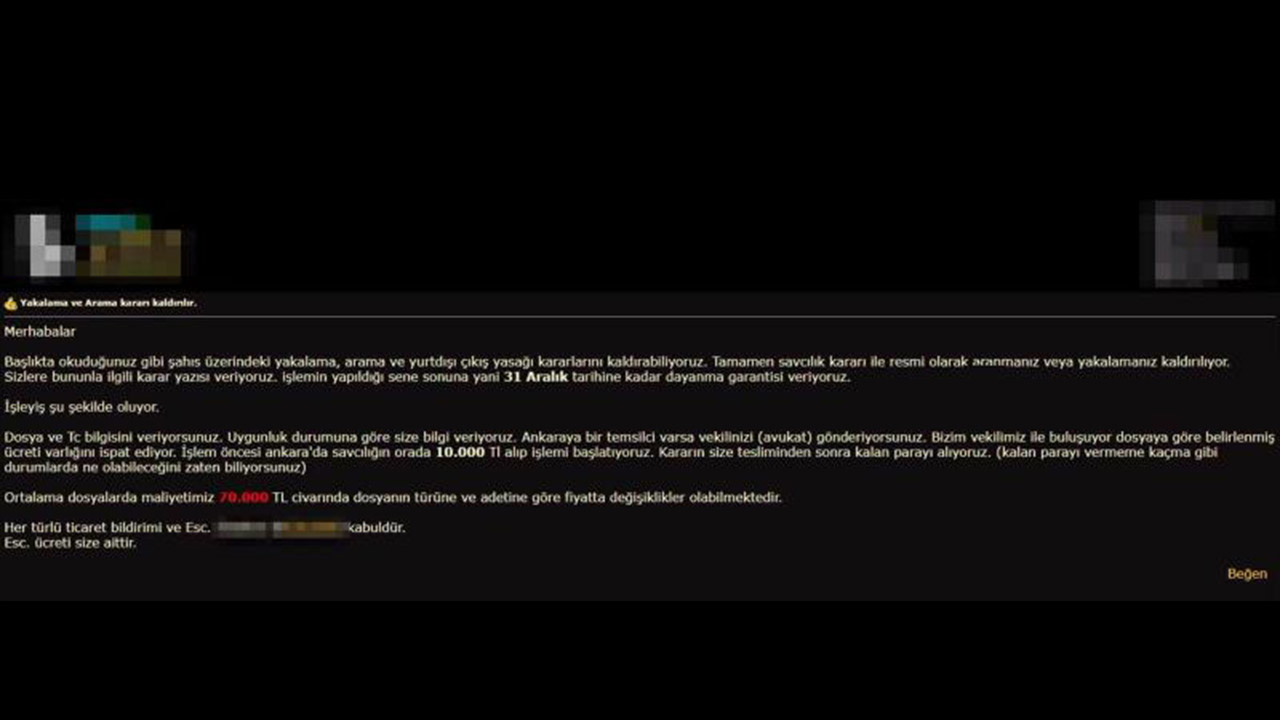 The person who opens the advertisement is scam

If they understand that they will be put into status, the people who will receive the service will: You already know what can happen in cases such as running away from giving the remaining money ”warns. The following statements are included in the announcement;

“ As you read in the title, we can revoke the arrest, search and international exit ban decisions on the person. You have to be searched or arrested officially with the decision of the prosecutor wholly. We are giving you a decision letter regarding this. We guarantee it will last until the end of the year in which the transaction is made, that is, 31 December. The process is as follows: You provide the file and TC information. We provide you with information based on availability. If there is a representative to, you send your attorney (lawyer). He meets with our attorney and determines the existence of a fee determined according to the file. Before the procedure, we take 10,000 Dollars there from the prosecutor’s office and start the transaction. We take the remaining money after the decision is handed over to you. (You already know what can happen in cases such as not giving the remaining money, running away) Our cost for the average files is around 70,000 Dollars. “

To date, it is not known how many people have purchased services through this advertisement or how the transaction took place. Levent Mazılıgüney states that these people should be identified through the state and the necessary punishments should be imposed.