A research that has been done is pointing to the fact that the oldest cave found up to now is in the hands of the Neanderthals. The discovery strengthened the thesis that Neanderthals could be in the same level as humans in terms of intelligence.

Until today, the claims about the Neandertals’ dealing with art have been rejected on the grounds that there are no artifacts as old as mere. However, the new dates of the geometric shapes, patterns, and symbols found on the cave walls in Spain present convincing evidence that modern man is not the first artist.

An international team led by researchers from Britain and Germany, in a new study published in the Science magazine, says the Neanderthals were the first artists in the world to draw 65,000 years ago drawings of caves with red soil coloring. 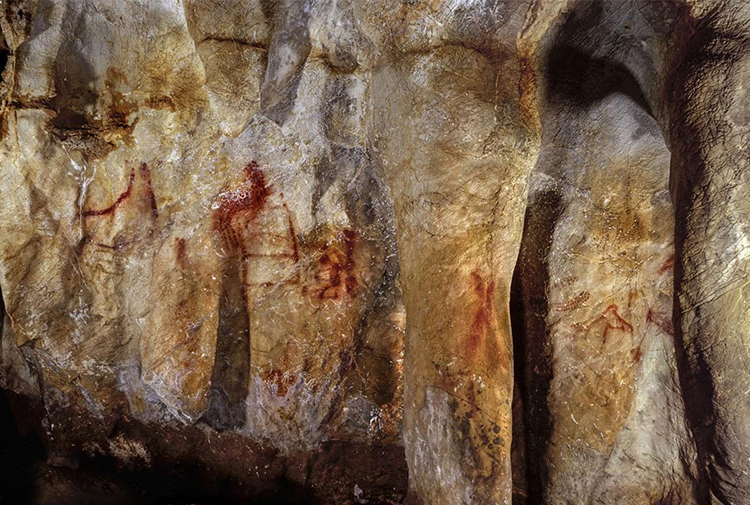 The results of the studies show that the figure in the three caves is made at least 20 thousand years before the arrival of modern people. According to the Guardian, this means that modern man may not be the first species to express himself through art.

Scientists made history by setting out from the calcite layer formed on ancient artworks in three caves, which are hundreds of miles apart in Spain. It was determined that a staircase-like drawing in the La Pasiega Cave near Bilbao was at least 64,800 years old. It was discovered that the hand of the Maltravieso Cave in the west of Spain was at least 66,700 years old. Finally, the walls of Ardales Cave near Malaga are painted with stalactites and stalactites, which form curtain-like patterns, and are said to be at least 65,500 years old.

“We have no idea what any of them means,” said Dirk Hoffmann, a researcher who spoke about discoveries. Hoffman, Science Advances in the second study in the journal painted by Neanderthals in a sea cave called Aviones in southeastern Spain and announced they had found adorned with seashells.

115 thousand years that the described sea shells, believed to be part of a long artistic tradition. these images of Neanderthals, cave reasons of their paint or drawing is not known what it meant, but in line with the results is expected to be the first artist in the history of the Neanderthals.