With the crazy inventions he made, especially with his homemade Iron Man costume with voice assistant and fire throwing, he managed to make his voice heard. Tolga Özuygur, signed another interesting thing the other day. Özuygur placed an implant under the skin in his hand. The feature of this implant is that it transforms one’s hand into a device. The implant includes RFID (Radio Frequency Identification) and NFC technologies.

Özuygur, after placing the implant in his hand, announced that he would do many projects related to this in his post. While they had not yet come to these projects, many people had a lot of curiosity about the implandols. Özuygur also made a question and answer in his story and talked about the subcutaneous implant. curiosities replied.

The questions we all have about the implant have been answered: 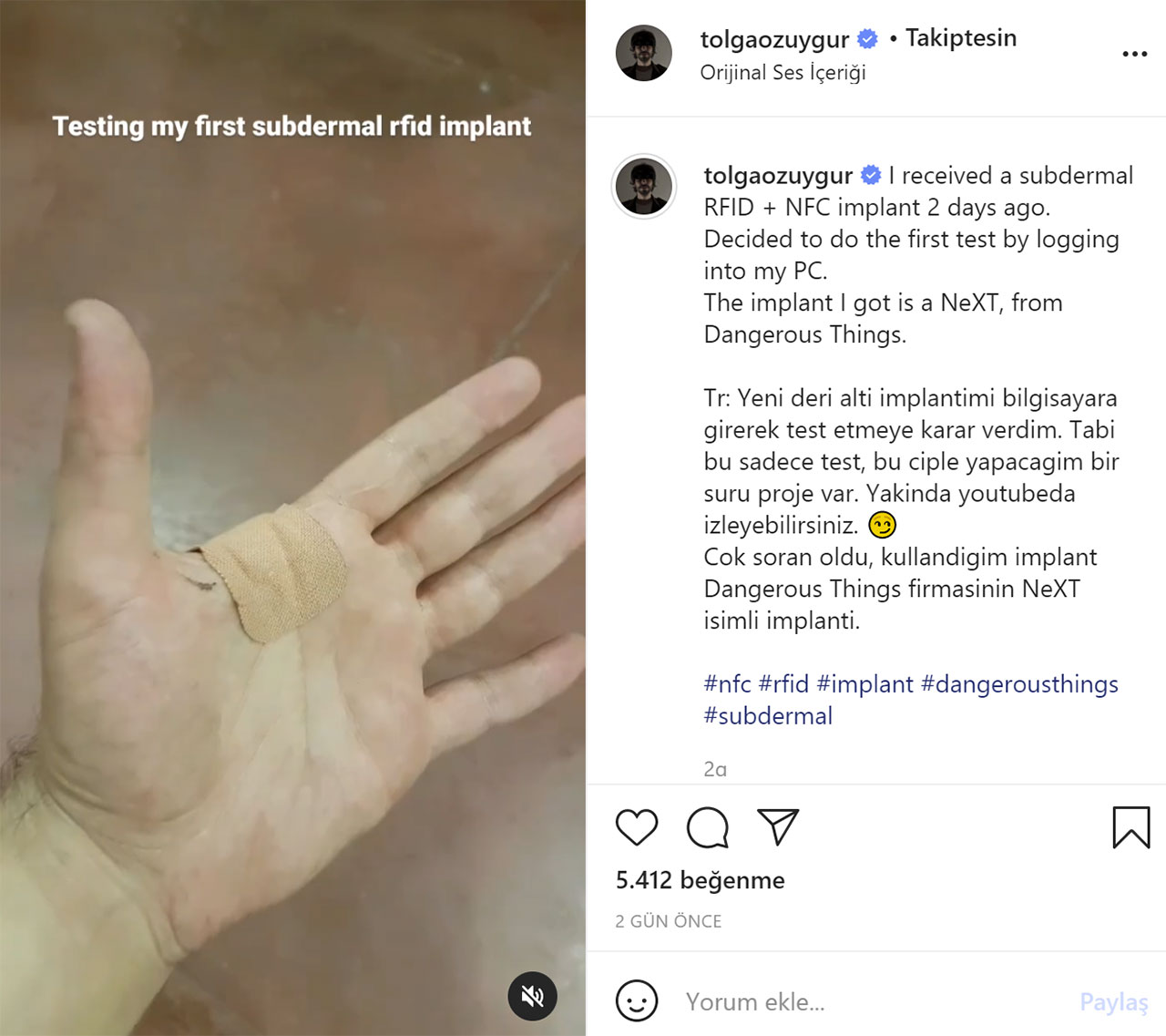 Of course, one of the first questions that comes to mind of anyone who sees such a thing is ‘ Are we a walking credit card?‘ something is going on. A follower who was curious about this also stated whether a credit card could be defined in the implant. Özuygur stated that this could not be done with these implandols, and that contactless payment has a more secure infrastructure.

According to Özuygur, the implant is placed in a biocompatible glass. This does not pose any threat to the body. 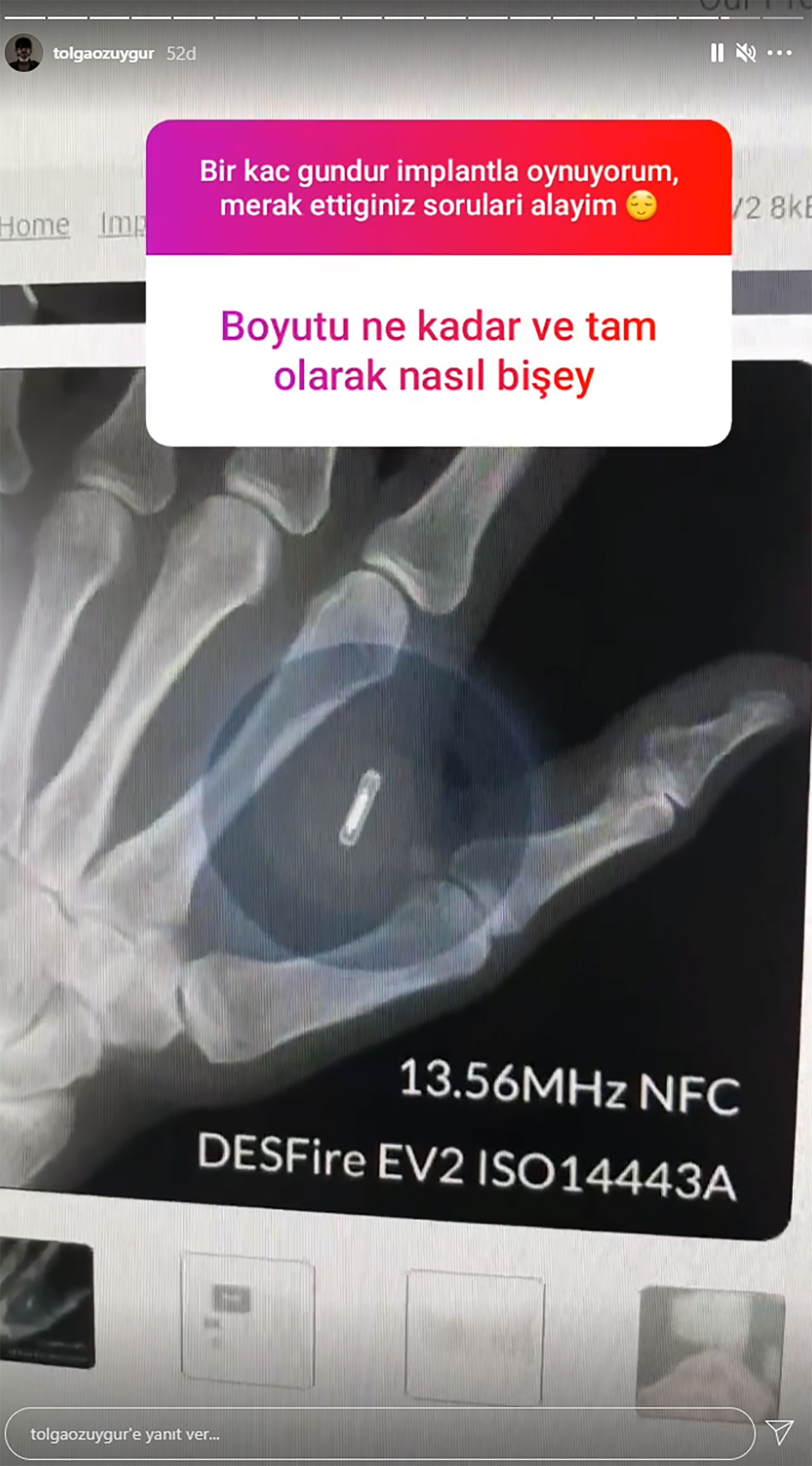 Özuygur, who showed an X-ray image on the internet, showed that the implant was in a very small size.