AMD plans to refresh its current Ryzen 5000 APU lineup with ‘Barcelo’ processors, which will include the Ryzen 7 5825U and Ryzen 5 5675U models. It seems that there will be more than one series to be used on mobile platforms in the coming days.

What the Lucienne series is to Renoir, the Barcelo series is the same for Cezanne. Both the Barcelo and Lucienna APUs represent a refresh of past generation chips, with slightly better optimizations and frequency speeds. 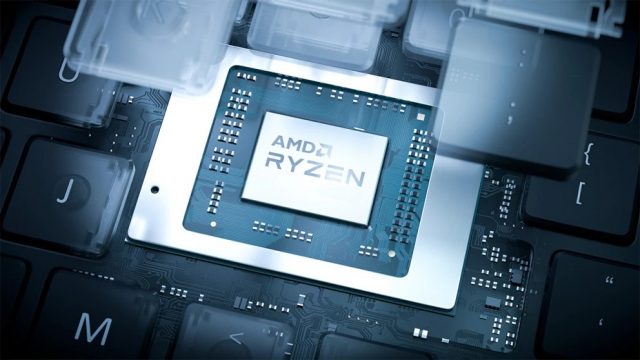 The first chip to come to light includes 8 cores and 16 threads, and is called Ryzen 7 5825U. The 6-core and 12-thread Ryzen 5 5675U will be released as a PRO model. There are no details about the clock speeds and other technical specifications of the chips. However, as in the past, we can expect some improvements and efficiency improvements. It is unlikely that the company will renew the Cezanne-H series, as there is no such roadmap from the past.

Considering that AMD’s Barcelo APUs are still based on the Cezanne silicon core architecture, we may continue to see Zen 3 cores. However, PCIe 3.0 connectivity and DDR4 memory support will be retained.

Team red is expected to launch its new line of Rembdrandt APUs early next year, and there are some reports that the chips are currently in mass production. U-series chips bearing the Barcelo code name may be released on the same date.