Indiegogo startup One-Netbook gives gamers a chance to test out a new AMD powered handheld game console called “OneXplayer AMD Edition”. According to a tweet by @OnenetbookO, players will be able to have a few handheld consoles for testing.

No information is given about the detailed system specifications of the portable console, but it is stated that the device will be powered by an AMD chip. Most likely, an APU with Zen cores and integrated graphics will be used on the console. In fact, AMD’s latest APUs, the Ryzen 5 5600U or Ryzen 7 5800U, are currently available. 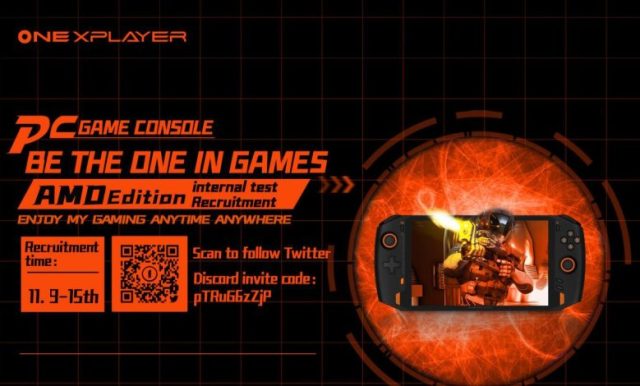 The current Intel-based console called OneXplayer might give us some ideas. This console has an 8.4 inch screen with 2560×1440 resolution. The palmtop console is powered by Intel’s 11th generation Tiger Lake i7-1185G7 processor, Iris Xe integrated graphics and 16GB of LPDDR4x-4266 memory.

One-Notebook says the product offers 40 FPS in 720P in demanding games like Flight Simulator 2020 and Forza Horizon 4, but framerates around 60 for the vast majority of other games.

As you know, the Steam Deck is powered by AMD’s RDNA2 supported Van Gogh APUs. As far as we know, AMD doesn’t sell the Van Gogh as an official APU and probably just made it specifically for Valve’s console.