The Athlon Gold Pro 4150GE, one of AMD’s yet-to-be-released Athlon Gold 4000G series (Renoir) APUs, has appeared on online retailer AliExpress. There is only one item in stock and the price appears to be $118.29.

The vendor notes that CPUs are used and there are no new products. The chips also come from a variety of places, including China, Malaysia, Vietnam, Costa Rica, and more. So they’re probably just examples of engineering.

The vendor also posted a screenshot of CPU-Z showing the specs. The CPU seems to have a base clock speed of 3.3 GHz with four cores and four threads and a 4 MB L3 cache. 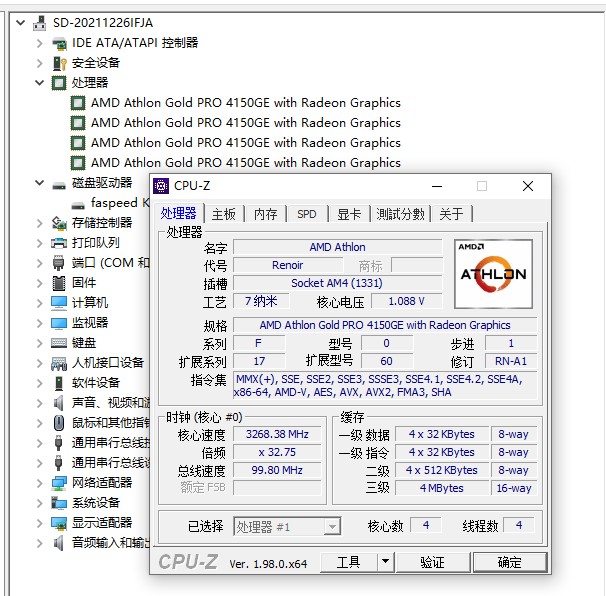 AMD has yet to officially release new Athlon Gold chips branded 4000G. On the other hand, there are no rumors about a new Athlon renewal from AMD, and the resulting listings are interesting.

The Athlon Gold 3000G series currently consists of the quad-core Athlon Gold 3150 GE, 3150G and dual-core 3050 GE models. These processors use Zen + cores and we can say that they are relatively old. Therefore, it makes sense for AMD to renew the Athlon lineup under the 4000G name in order to remain competitive in the entry-level segment.

The new Athlon Gold Pro 4150GE and other chips in the series are speculated to have Zen 2 cores. Intel, on the other hand, is preparing to launch Alder Lake-based Pentium and Celeron models.