There are some AnTuTu test results claimed to belong to Xiaomi’s new flagship Mi Mix 2S. According to the results, the Xiaomi Mi Mix 2S will fly with the Snapdragon 845.

Chinese smartphone maker Xiaomi’s new flagship Mi Mix 2S was the first smartphone to use the Snapdragon 845 processor. According to the opinion, the AntoTu test results you see below belong to Xiaomi Mi Mix 2S, code-named Polaris.

If we have to interpret the leaked image, we can say that the device under test has received an incredible pawn. Tested in the same AnTuTU version, the Kirin 970 operator, Huawei Mate 10 Pro, received only 218,000 points. Xiaomi Mi Mix 2S is 270.461 points. 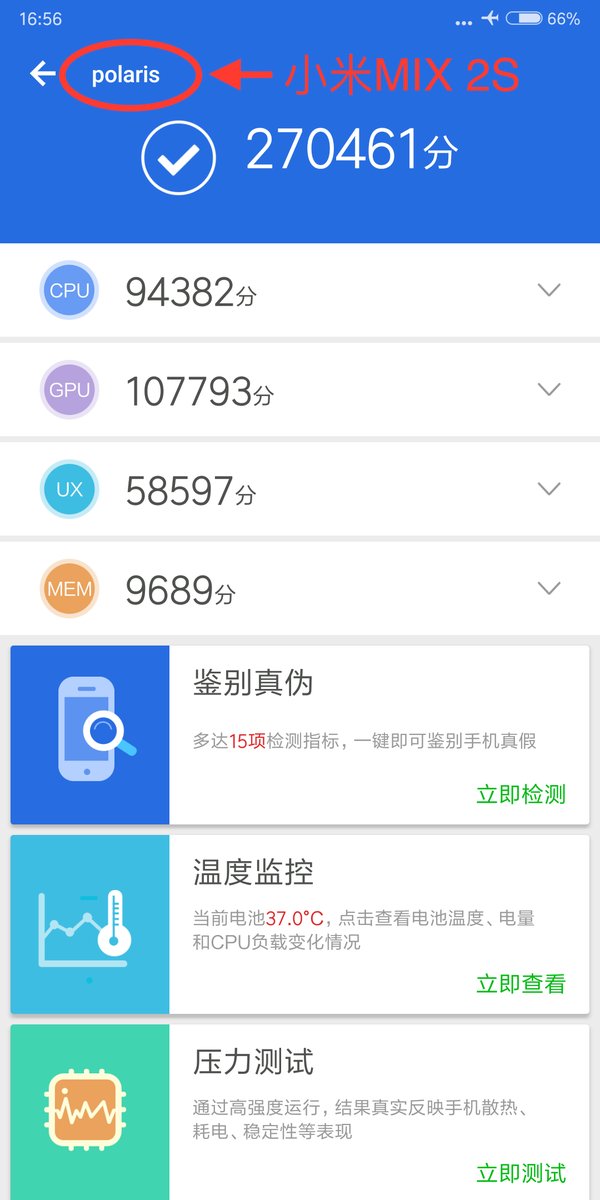 However, there is no definite information that the results belong to Xiaomi Mi Mix 2S. Certainly, Samsung will introduce a Snapdragon 845 smartphone with Galaxy S9 on February 25th. So Xiaomi has a short period of 20 days to be ‘first’.

If the Chinese company plans to make a phone call under a headline such as ‘The first phone with Snapdragon 845‘ before MWC 2018, it could cause companies like Samsung and Nokia to stay in the shadow of flagships. We will wait and see what Xiaomi will do.