After the posts of CEO Lisa Su and CES 2022 organizers, the CES 2022 presentation of the Ryzen 6000 series was officially approved. Today we will have all the details about the Rembrandt APU family based on 6nm Zen+ microarchitecture and RDNA 2 graphics.

Images of the red team’s presentations have been leaked for the first time, and we’ve seen the first document mentioning the Zen 3+ architecture. Based on 6nm process technology, the AMD Rembrandt APU family will offer major improvements on the graphics side, along with 12 GPU Compute Units accelerated up to 2.4 GHz and RDNA 2 architecture. 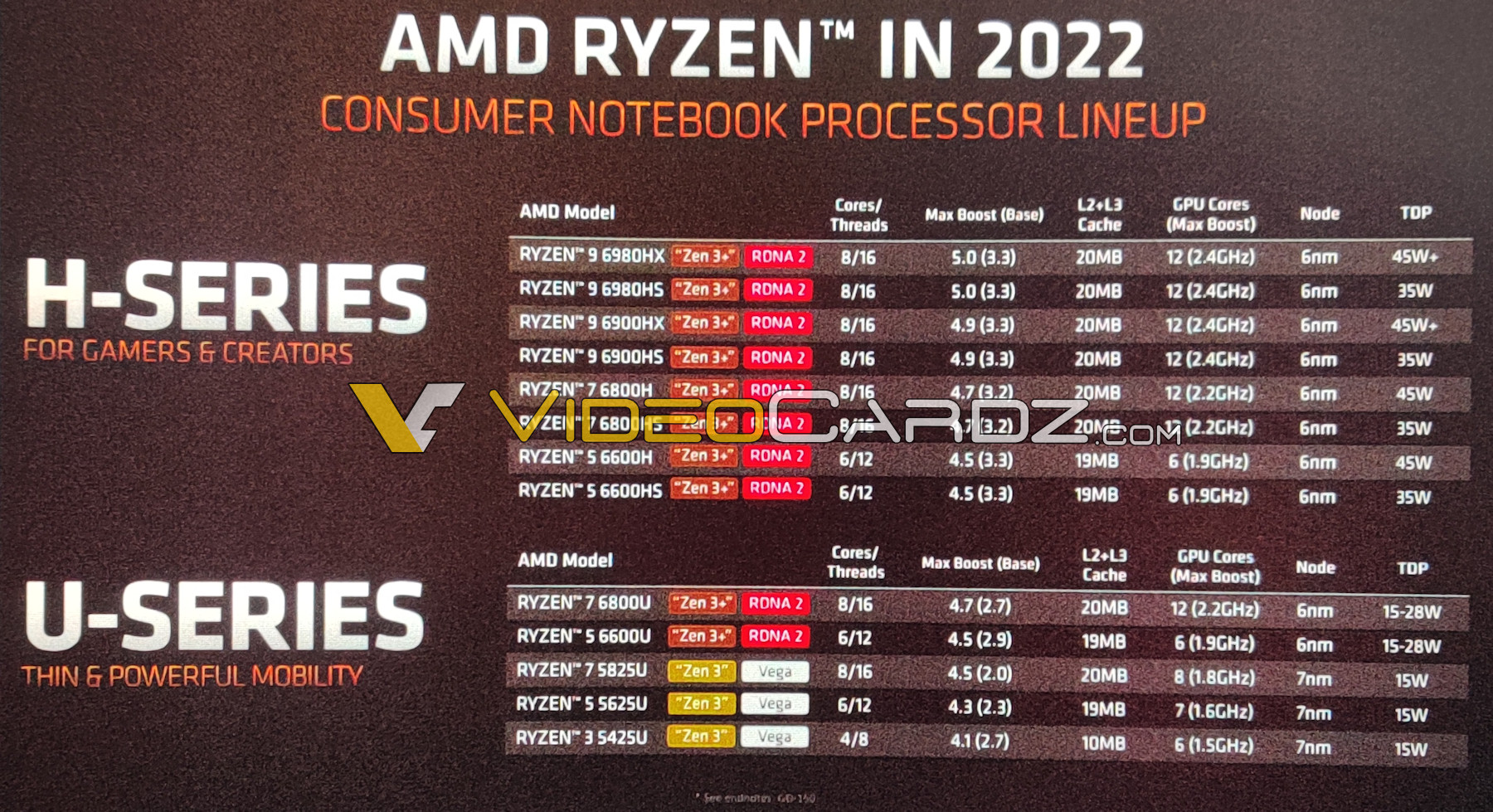 The 6000U series will have only two SKUs taking advantage of the Zen3+ architecture: Ryzen 7 6800U and Ryzen 5 6600U. As for the other refreshed processors, they continue to use the Zen 3 architecture and come with some improvements.