Nokia‘s highly anticipated phone leaked new images of the 7 Plus. In the images shared by the famous sensationist Evan Blass, the phone seems to be working. 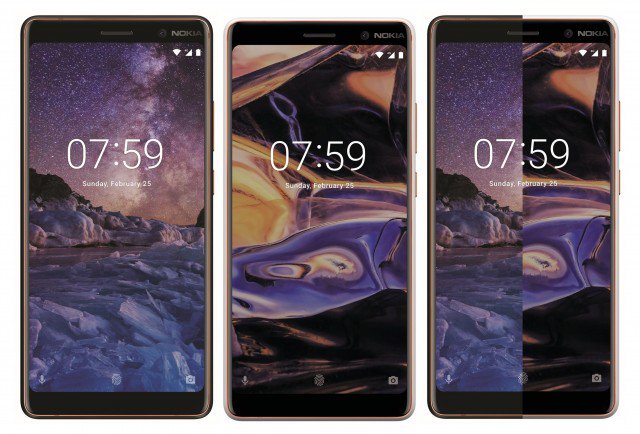 According to press releases, an Android One project, the Nokia mid-range device 7 Plus is expected to officially be introduced at MWC 2018. According to the indications that the phone is leaked from India, the phone seems to have been produced in 18: 9 aspect ratio fashion. The device, which has a 6-inch 2160×1080 screen, uses a 2.5D curved screen. According to Evan Bass’s previous leaked images, Nokia’s new phone comes in black, white and black-and-white, and the orange logo and lines seem to have added a very aesthetic appeal to the device. 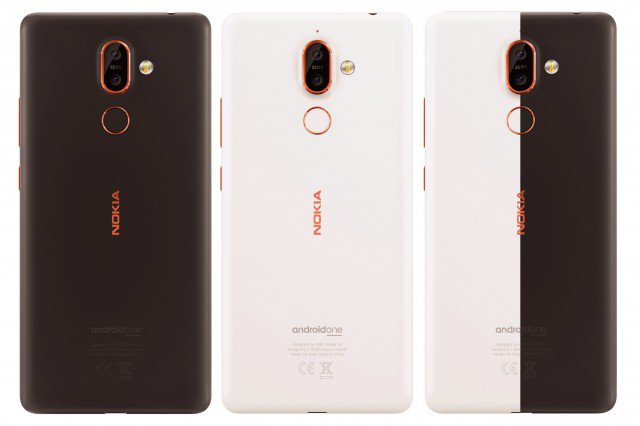 The mid-range camera will also feature the recently unveiled dual camera experience Carl Zeiss. In this sense, we can think of Nokia’s old ‘N’ series cameras, but according to their counterparts 7 Plus can perform quite well. Also designed for thin frame fashion, the device’s fingerprint scanner appears to be located at the back of the camera.

Looking at the other features of the phone, it seems as if the middle segment emphasizes the end. The device, which is expected to have 4 GB of RAM, is said to be powered by the Snapdragon 660 chipset. However, it will soon take the Android 8.1 update shortly after the device is shipped to the market.