ADATA Technology announced the award-winning competition “ADATA Creates Legends”. Users who prepare wallpapers for phones within the scope of the competition, which aims to increase awareness about the brand’s new generation products $2000 rewards will have the opportunity to win.

The first of the prominent products within the scope of the campaign is the new SSD models of the LEGEND family, which the brand has announced recently. ADATA LEGEND 740 and 750 models offer users the possibilities of PCIe Gen3x4 and NVMe 1.3 technologies. LEGEND 740 of two models 2500MB per second

Read up to and Up to 2000MB write can reach speed. This gives creators and professional users the uninterrupted performance they need. Compatible with the latest Intel and AMD platforms, they secure their place as indispensable components in PC or notebook systems.

For users who want more performance, the brand has PCIe Gen4x4 and NVMe 1.4 technology. LEGEND 840 offers the model. In this way, the LEGEND 840, reading up to 5000MB per second and Write up to 4500MB can reach speed.

ADATA DDR5-4800 Memory raises the performance bar quite high. This next generation RAM that increases bandwidth per processor core 4800MT per second (megatransfer) can reach speed. The product, which currently has 8GB, 16GB and 32GB modules, is also on the way with larger capacity versions. The product, which gives importance to stable operation as well as capacity and high performance, is Integrated Power Management Circuit ( PMIC) and Error Correction Code ( ECC) also has features.

Compatible with , ADATA Premier Extreme SD 7.0 Express Card offers users a revolutionary memory card. Utilizing both PCIe and NVMe technologies, this new card is almost a mini SSD. Thanks to the support of PCIe Gen3x1 and NVMe, the product to 800MB per second

read up and Write up to 700MB can reach speed. This too SATA SSD

Compared to 1.5 times higher speed means. Compared to UHS-II SD and UHS-I SD cards, this difference is 2.7 to 8 times. 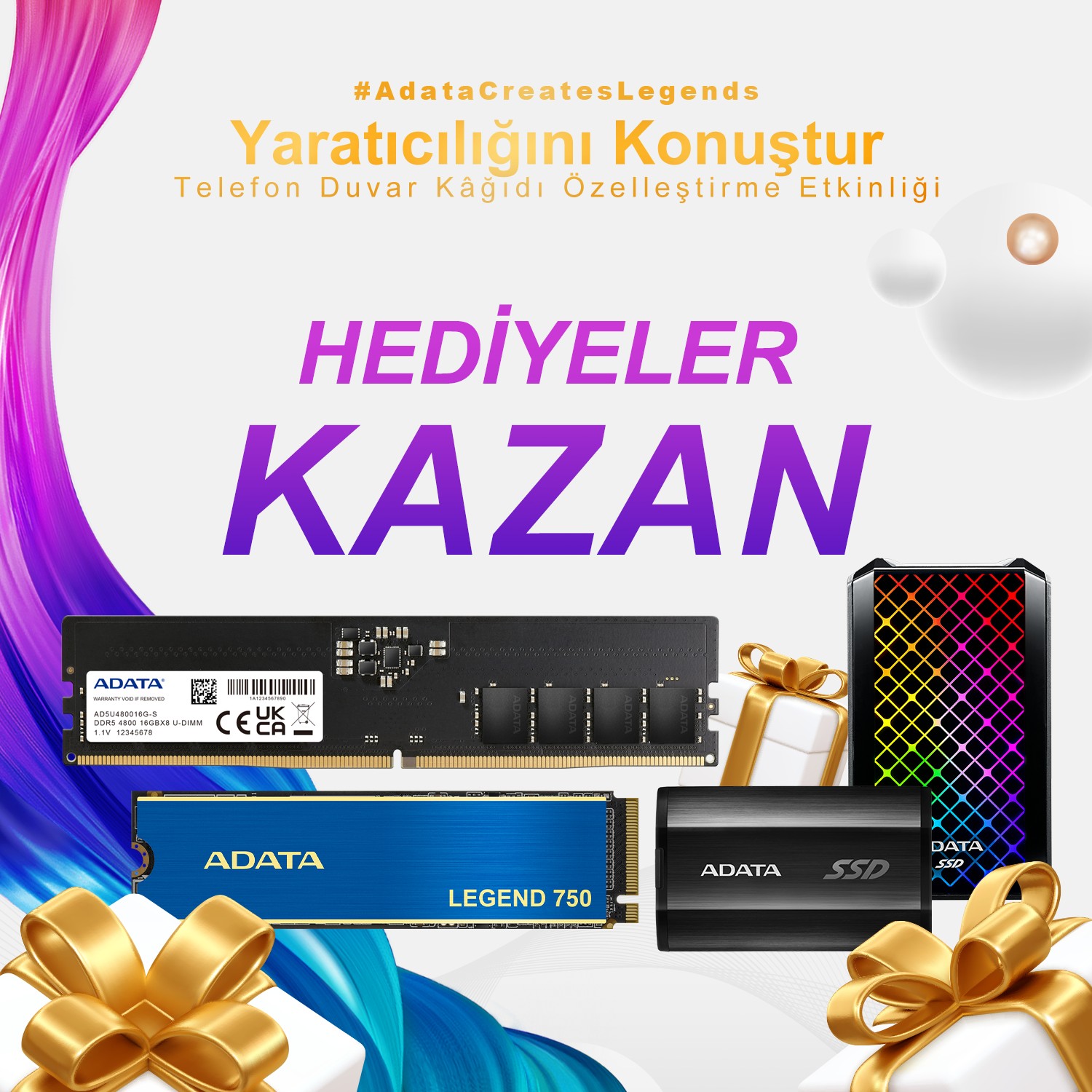 ADATA is holding an award-winning competition to celebrate the launch of its new generation products. Starting today December 10, 2021

Within the scope of the competition, which will last until , users will have the chance to win prizes worth 2000 dollars with the yellow wallpapers they have prepared. To win, download the wallpapers of the participants on the campaign site and make their own designs on them, tag @adata_global and the creator of the original wallpaper they downloaded. #AdataCreatesLegends they need to share on Instagram with the tag.

For more information about the campaign, https://event. adata. You can visit com/AdataCreatesLegends/en/.