Sony will hold a press conference at MWC 2018 to be held in Barcelona, Spain at the end of this month. The company, which is expected to announce the Sony Xperia XZ Pro, can also introduce a different phone besides this one. According to the Tweet, which is shared by an Irish mobile operator, the Sony Xperia XZ2 can be introduced at MWC 2018. 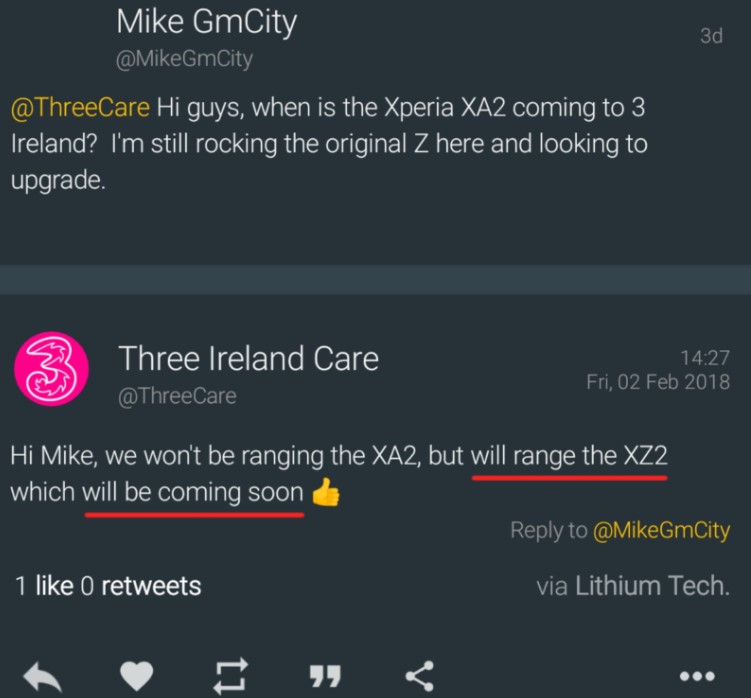 Note that Sony does not currently provide any information about the Xperia XZ2, but the phone is similar to its predecessor. The Xperia XZ1 is a phone with a 5.2-inch 1080p display. For this reason, a possible Xperia XZ2 will be smaller than the 5.7-inch 4K display Xperia XZ Pro. We will all see whether the Xperia XZ2, expected to be in the 5.3 to a 5.5-inch range, will be introduced at the end of this month.
If the Sony Xperia XZ2 is introduced at MWC 2018, it will likely come with Qualcomm’s top-of-the-line Snapdragon 845 chipset. It is not known whether the phone will come with Full HD or a 2K or 4K display option. According to my estimates, if the phone is introduced in MWC 2018, it will be displayed with 2K display option.