WandaVision, Marvel’s intriguing new series, is waiting to appear in Disney Plus on January 15th. In this content, we take a closer look at the details of this series that Vision returns.

Elizabeth Olsen, who portrays Wanda Maximoff, aka Scarlet Witch, in the Marvel Cinematic Universe (MCU), and Paul Bettany, who portrays Vision, are returning to their roles in the series WandaVision. They will be accompanied by Kathryn Hahn, Kat Dennings, Teyonah Parris and Evan Peters in the series that will air on Disney Plus.

2 trailers have been released so far for WandaVision, which is expected to be released on Disney +. As seen in the trailers, the series seems to be much different from the action-packed Marvel productions we are used to. The series, which is planned to consist of 6 episodes, each of which will last an hour, is planned to end with Scarlet Witch’s participation in Doctor Strange in The Multiverse of Madness.

WandaVision, which is understood to be a sitcom-like series from its published trailers, will not be just a classic sitcom series. The series, which is planned to last an hour each and is expected to consist of 6 episodes, will be about what happened after Avengers: Endgame. There is no definite information about which episodes will take place in which time period of the series, which we felt the breeze of the 1950s and 1970s.

How will Vision return?

As it is known, Vision was killed by Thanos in Avengers: Endgame in order to have the Mind Stone in his head. Vision’s death was seen as irreversible, as it preceded Thanos’ finger-snapping. We can say that Vision’s return is eagerly awaited, as the WandaVision series will tell about the aftermath of Endgame. 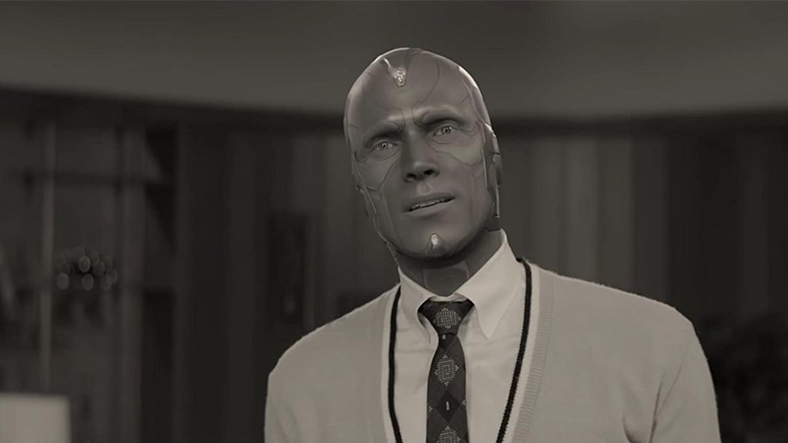 Changing reality as if changing channels, Wanda creates a new reality by opening another parallel universe in a reality that he dislikes or finds something missing. Appears to bring Vision back like that.

The return of Vision Un is explained with the song ‘Daydream Believer’ played in the trailer: 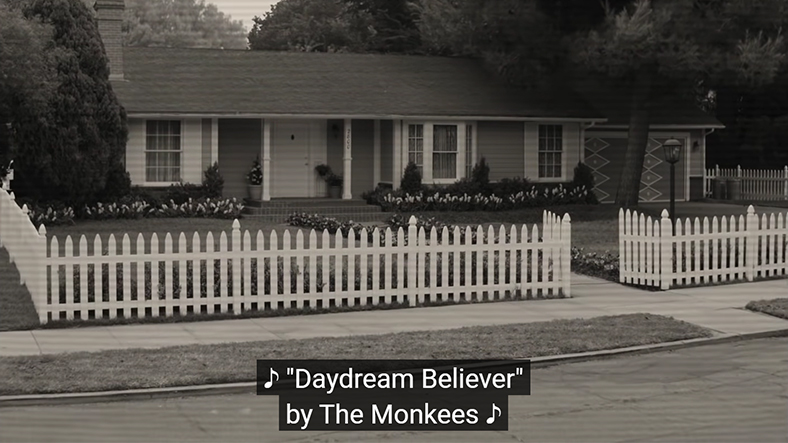 We hear the popular song “Daydream Believer” from the band The Monkees playing at the beginning of the second trailer of the series. The song says, “But it rings six o’clock and I get up, wipe the sleep from my eyes.” This refers to the unexpected re-enactment of Vision by Wanda after his death.

Twin babies of a robot and a witch:

In the trailer, Wanda seems to be imagining herself with Vision while watching an old drama. Wanda’s mental powers are so powerful and so uncontrolled that this situation creates a brand new reality, namely a new parallel universe. With this dream, Wanda makes Vision the ideal wife and father figure he imagined. As we saw in the trailer, Wanda and Vision are suddenly married and have twin babies.

Monica Rambeau, the grown-up child of Captain Marvel, will be featured in the series 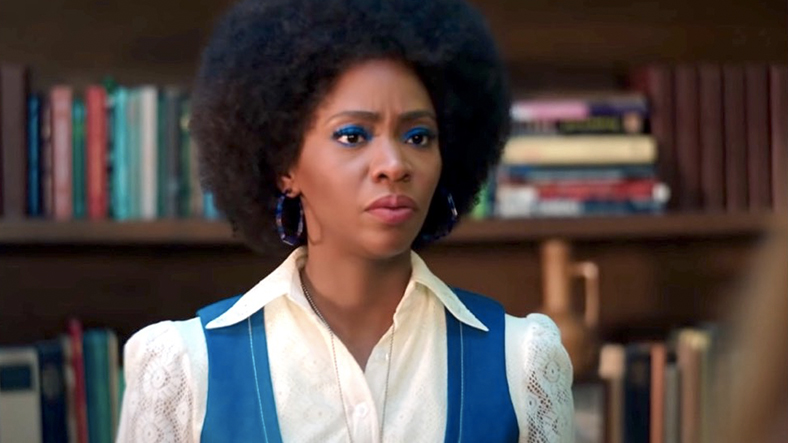 In the Marvel Cinematic Universe, Monica Rambeau, who we see as Maria Rambeau’s 11-year-old daughter with Captain Marvel movie, is one of the characters that will definitely appear in the series. We will see the character of Monica, played by Teyonah Parris, as an adult in the WandaVision series, as it will be about the aftermath of the Endgame movie. Monica’s story will be shown to us to complement the events in Captain Marvel.

In the first trailer, when Wanda asked Monica, who was dressed like she was in the 70s, she didn’t know who Monica was, which also increased the curiosity. Monica is expected to link the drama to Doctor Strange in the Multiverse of Madness.

Is the text on the wine bottle a reference to the House of M? 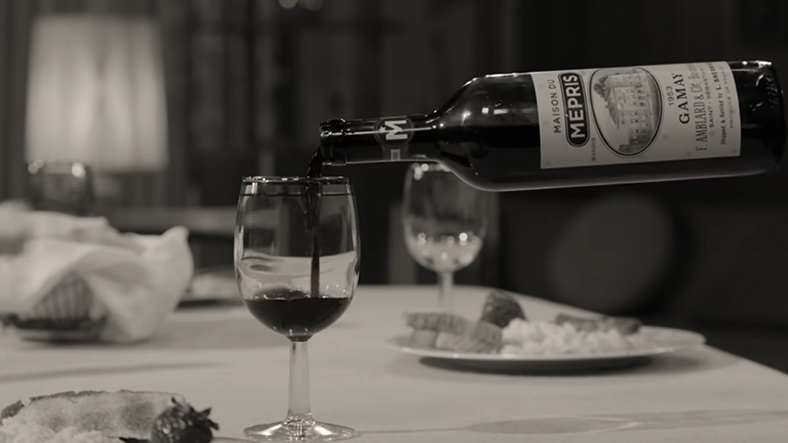 In one scene in the trailer, Vision is holding a bottle of wine, which means “Maison du Mepris” in French, meaning “house of humiliation” and this is thought to be a reference to the House of M.

House of M was a story in which Wanda was with Vision and they had twin babies, but all of this was actually another reality created by Wanda. That’s why the Avengers, Dr. Strange and the X-Men cleared Wanda’s mind. As a result, Wanda’s mind was thoroughly confused and when he could not find his children, he became an enemy to everyone. WandaVision also seems to address this issue in an interesting way. Perhaps, as we predicted years ago, Wanda will be the one who brings mutants into this universe.

Which character does Kathryn Hahn portray in the drama? 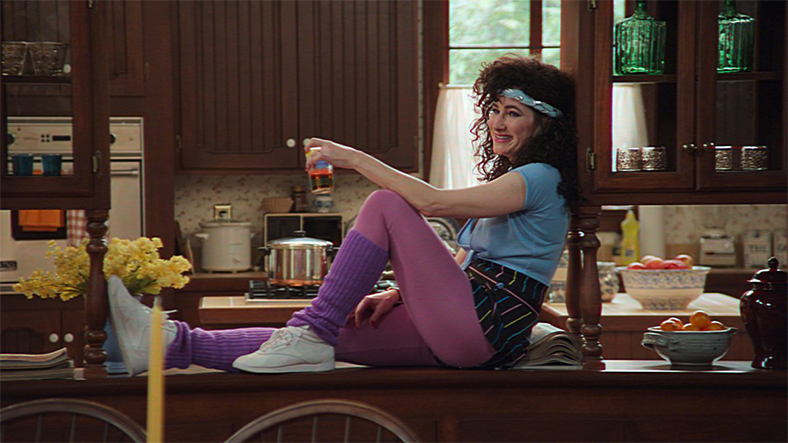 There are many rumors about Kathryn Hahn’s mysterious character in the series. Often there are predictions that it may be Agatha Harkness, who was Wanda’s mentor. Agatha Harkness is one of the important characters in Marvel comics. He will try to free Wanda from alternative realities.

Inspiration was taken from the cover of the magazine 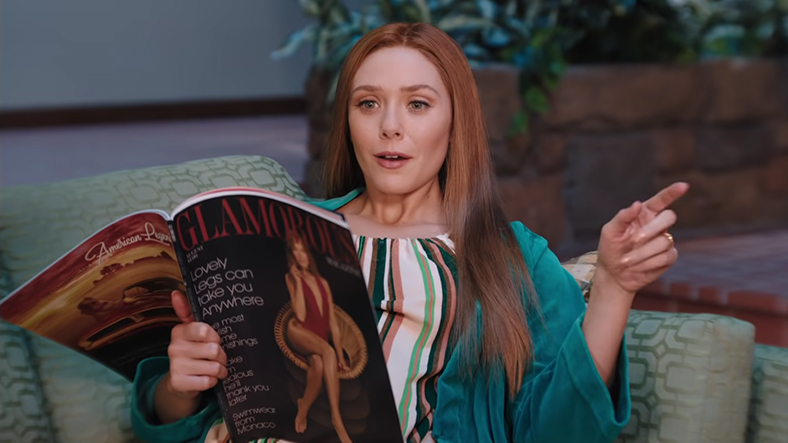 A mysterious message from the radio 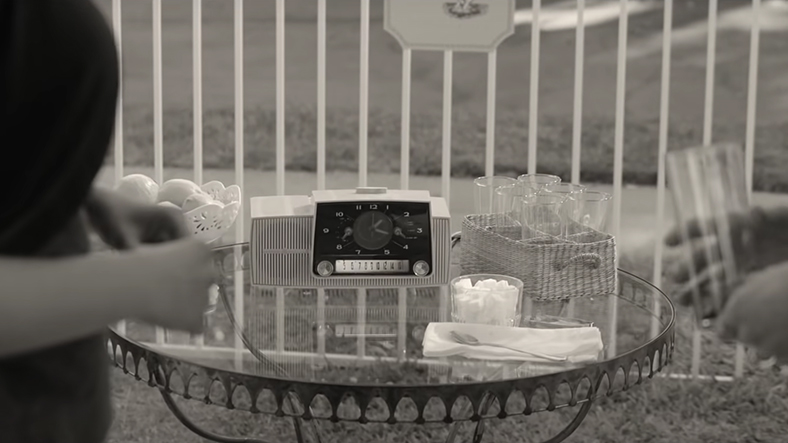 Throughout the trailer, Wanda and Vision are shown living in a reality where everything is perfect, but that perfection doesn’t last that long. An unknown who is trying to communicate with Wanda via a radio. The person speaking hurriedly said, “Wanda, do you hear me? Who is doing this to you?” she asks.

Is the Mind Stone returning? 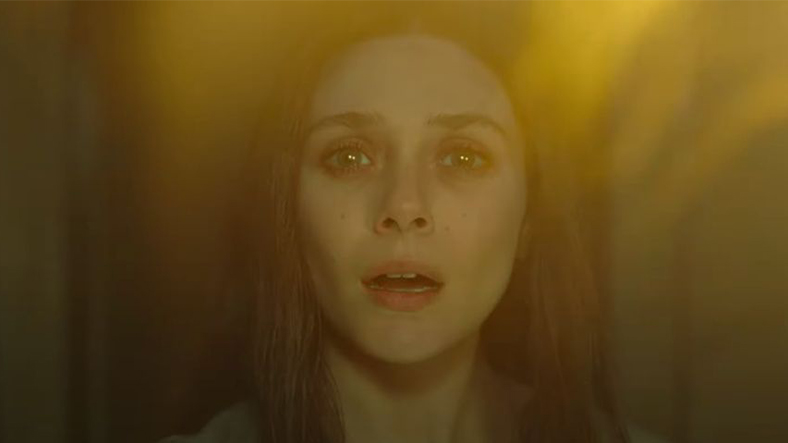 If you thought the Infinity Stones disappeared with Endgame, you might be wrong. In the closing scene of the WandaVision trailer, Wanda looks towards a yellow stone thought to be the Mind Stone. Although it is unclear whether the stone seen in the trailer was self-assembled or recreated by Wanda, it is quite intriguing to learn the truth.

Please, adblock close and refresh page!
×
Choose A Format
Personality quiz
Series of questions that intends to reveal something about the personality
Trivia quiz
Series of questions with right and wrong answers that intends to check knowledge
Poll
Voting to make decisions or determine opinions
Story
Formatted Text with Embeds and Visuals
List
The Classic Internet Listicles
Countdown
The Classic Internet Countdowns
Open List
Submit your own item and vote up for the best submission
Ranked List
Upvote or downvote to decide the best list item
Meme
Upload your own images to make custom memes
Video
Youtube, Vimeo or Vine Embeds
Audio
Soundcloud or Mixcloud Embeds
Image
Photo or GIF
Gif
GIF format